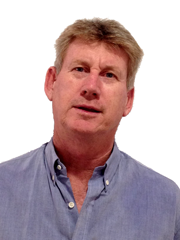 Andy’s early career was as a civil designer, preparing road, stormwater, earthworks and service plans for a number of property development companies in Sydney. Andy also had 7 years at the Department of Aviation, designing runway, taxiway, roads and carparks, as well as occasional aerial photography flights.

In 2000, Andy was promoted to the position of Development Engineer after gaining further civil engineering qualifications. The role involved working closely with developers, consultants and contractors to ensure infrastructure was designed and provided in accordance with the required standards. It was during this time that Andy became closely involved with planning of road layouts, traffic management and road safety.

In 2009, Andy joined RoadNet’s Port Macquarie office as a Project Manager, working on a variety of projects including road designs, traffic management plans and traffic impact assessments. During his 6 years with RoadNet, Andy also worked 12 months as Traffic Manager on the Pacific Highway Kempsey Bypass project, as well as 6 months in a similar role on the Nambcucca Heads to Urunga project. The experience gained working on major highway construction projects was invaluable, particularly in regard to construction methods, management of traffic control, worksite safety and ensuring safe and efficient movement of highway traffic through a major road project.

Andy is a Level 3 Lead Road Safety Auditor, and has been involved in 100’s of road safety audits (design, pre-opening, post-opening, Traffic Control Plans) in the past 5 years, including:

Craig is a Port Macquarie local having attended both Port Macquarie Primary and High School’s in his younger years.In September 1981 Craig commenced working for the then Hastings Municipal Council as a Junior Tracer as part of the old “Red Scheme” employment program. 23 years later Craig progressed to the position of a Design Technician responsible for the completion of numerous civil designs as part of Council’s Works Programs and Forward Planning strategies of the time. Projects of note include the upgrade of Ocean Drive between Lochinvar Place and Matthew Flinders Drive, the upgrade of sections of Hastings River Drive, design implementation of Council’s Local and Regional Bike Plans and Pedestrian Access and Mobility Plan (PAMP). In January 2004 Craig commenced work with RoadNet Pty Ltd in its Port Macquarie office as a Senior Designer completing designs for both the public and private sector. In July 2005 Craig was made Officer Manager of RoadNet New South Wales. Craig’s responsibilities included general office and project management of projects as required. During this time Craig gained further experience in Traffic Engineering including the completion of Traffic Impact Assessments (TIA) and Traffic Studies for developments and local strategies of the like. One notable project being the project management and input into the completion of a Traffic Study for the Brimbin New Community in the Greater Taree City Council area. This study included the assessment of the upgrade requirements for the existing road network around the site for various stages of development.

In 2004 Craig gained accreditation as a Level 2 Road Safety Auditor later progressing to a Level 3 Lead Auditor. During this time Craig has completed a large number of design and construction phase audits including Pacific Highway Upgrade projects:-

Other projects of note include the:-